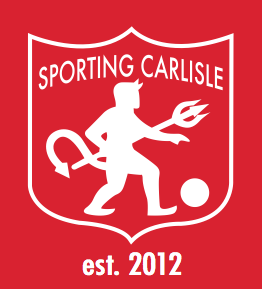 At Shippensburg, the men of Sporting Carlisle put in a rousing performance to avenge the 1-0 loss to Ship on the same ground just one week prior. The reds of carlisle did more than enough to secure the three points that victory would have conferred were the league not to have folded mere days earlier. Even without the incentive of playoff soccer, the boys showed true tenacity to recover from an early deficit as Ship led 1-0 at the half. In the second half the game was flipped on its head, and Dickinson was able to assert itself beginning with Santi Elizalde's first goal of the season. The seasoned sophomore was able to slot home from just outside the 6-yard box, putting him back amongst the goals as he had been several times last year. The eventual winner came from an unlikely position, if not an unlikely candidate. Senior Jacob Kipnis was playing center back when he put Sporting in the lead for good with a sweet left-footed half volley from just outside the box. This goal seemed to raise everyone's confidence, and from there on out Sporting were playing with real creativity and purpose. The team's third goal came as junior Benjamin Klauer pounced on a bit of sloppy defending off of Andrew Dinardo's punt, and calmly poked the ball past the oncoming goalkeeper. This goal, Ben's first for the club, really took the wind out of Ship's sails. The opposition were further demoralized as junior Tim McKay found freshman Chris Pease on the right, who was able to rifle home from a tight angle for his first club goal. The defense was also quite strong. Aside from the goal, Ship were held to a handful of half chances. When all was said and done it was a superb all-around performance, one that Sporting will hope to replicate in the games to come.

Oops, you forgot something.

The words you entered did not match the given text. Please try again.

Reply Jamoscaund
10:25 AM on June 11, 2021
You actually reported it adequately!
https://bestessayseducationusa.com/
writing an analysis essay
https://topessayssites.com/
how to write numbers in an essay
https://englishessayhelp.com/
custom essay cheap
https://essayhelp-usa.com/
college essays on diversity
https://pufflefanclub.webs.com/apps/guestbook/